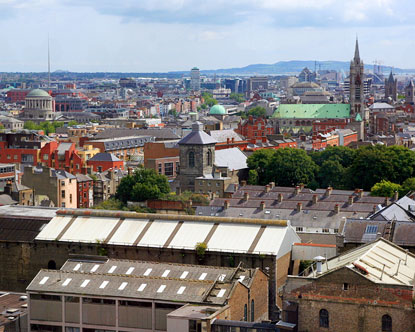 KANSAS CITY, MO – MetroAir Virtual  is proud to announce seasonal summer service between Chicago O’Hare and Dublin Ireland! MetroAir  Having recently moved from Chicago Midway to O’Hare, we’re excited to immediately grow our portfolio of international flights. This flight will be operated daily with our Boeing 757-200 aircraft. Dublin is new city for MetroAir Virtual and the new service to O’Hare will act as a gateway to the rest of the MetroAir route network.  Service begins March 24th, 2014.

Founded as a viking settlement, Dublin is now the capital and most populous city in Ireland. It is a historical and contemporary cultural center for the country, as well as a modern center of education, the arts, administration, economy, and industry.

ONTARIO, CA – Today MetroAir announced that it was beginning several new services out of its west coast hub, Ontario,…

The end of an Era-Farewell CRJ-700

Kansas City, Mo-MetroAir executives have today announced that their fleet of 7 CRJ-700 aircraft are marked to exit the…