The changes will see a small number of services terminated at Baltimore and Dallas to accommodate future regional route expansion and regional changes. There are also a number of schedule alterations at Dallas which is also part of the Regional route re-shuffle. This will see some regional routes upgraded from Q200 aircraft to the Q400 and will see Tulsa moved over to mainline operations on an A319.

There are also several new routes launched facilitated by the addition of 2 new B737-800W which were delivered in January and the utilization of other aircraft within the fleet.

The schedule changes will also see a new long haul route from Boston to Helsinki launched with a 3x Weekly service on a B787-8. To accommodate this new service flights from Boston to Manchester UK have been downgraded to a B757 for the remainder of the winter season.

Full details of these route changes can be found below: 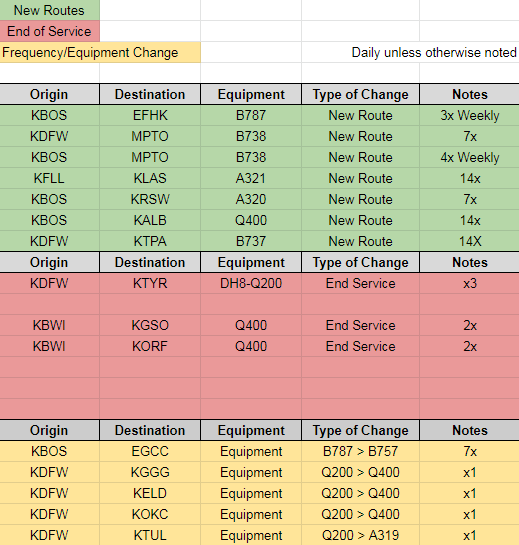 Kansas City - MI: After a long career with the MetroAir as a member of staff, Dave Nichols has…