Kansas City, MO - MetroAir today announced its planned Summer schedule update which is expected to become effective from May 1st. It also announced the return of Summer Seasonal service which had been phased out in 2018 when the airline began a series of cost cutting measures as part of a major restructure at the airline.

The other significant announcement made was the airlines planned new service to Venice, Italy on a B787 4x weekly from their East Coast hub Boston. As well as the expected closure of its Ontario base and the cancellation of regional services from Baltimore.

The airlines new Seconal service will see flights operated predominantly from its East Coast bases to cities in Florida such as: Sarasota, Destin-Fort Walton, Panama City, St Petersburg/Clearwater, Jacksonville, Pensacola & Daytona Beach. This also includes 3 seasonal destinations from Baltimore, which has been seen as a great boost for the East Coast base following the recent route cuts which have also been announced for May.

The airlines head of East Coast Operations, AJ Vanmiddendorp said "Its very exciting to be able to bring back our seasonal route program and we hope that this seasons destinations prove to be a hit with our customers. We are always evaluating our network and sometimes this dose highlight areas that are no longer viable but equally it gives us an opportunity to expand in other areas"

The full list of route changes can be seen below. Seasonal Service is expected to run from May 1st to September 30th. 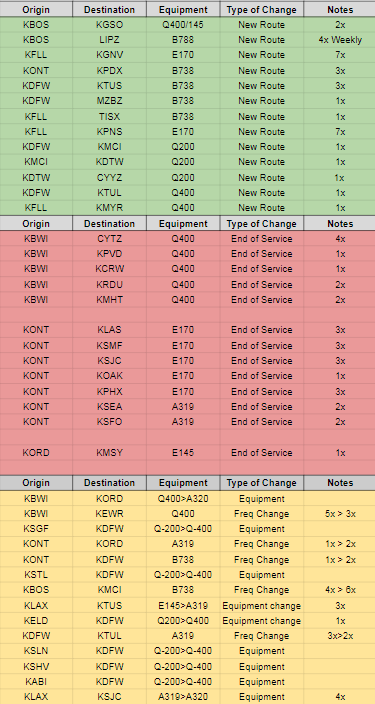 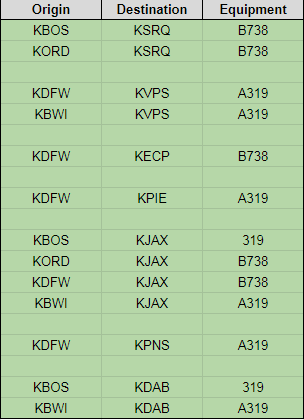 The start of May will see our first Hub Competition of the year, East vs West!From May 1st…

MetroAir are very to announce that Florian Schupp has been selected as our April 2019 Pilot of the Month.…